See EatsCRAP Bio Supercharger for all Type II MSD's
EatsCRAP reduces odors and keeps you out of the crapper.

NOTE: Running your gray water through an existing MSD will most likely hugely overload the MSD hydraulically since it was not originally sized for the large volumes of gray water — relative to the black water/sewage loading it was designed for. An overloaded MSD will not adequately treat the sanitary waste — taking you out of compliance on the MSD which is USCG approved for a much smaller hydraulic loading. 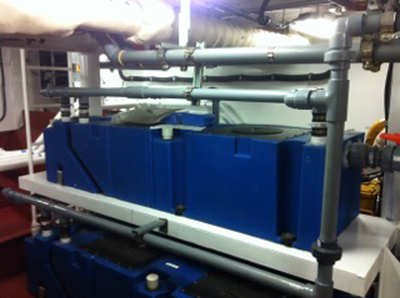 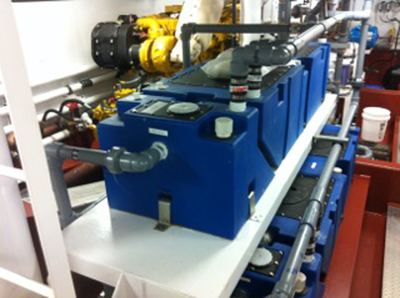 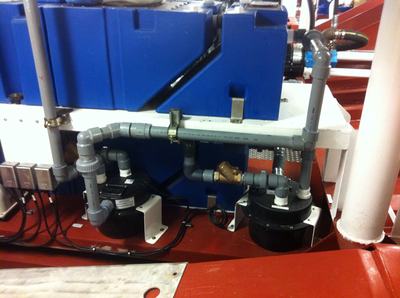 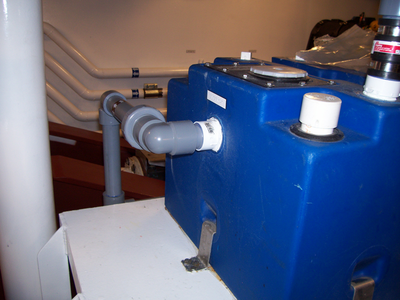 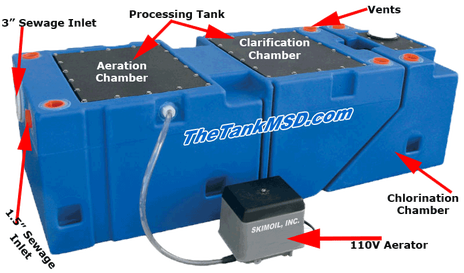 CLARIFICATION
The liquid displaced from the aeration chamber flows into the clarification chamber for further treatment. Some of the suspended material will settle out into the chamber below, where it will be returned to the aeration chamber. The remaining sludge and waste material is removed as the liquid flows upwards through the biological filter media. Bacteria grow on the surface of the media and produce a sticky, slimy film that traps small particles of waste. The trapped waste is then consumed by the bacteria on the surface of the filter media. By the time the liquid reaches the top of the biological filter, it has passed by several layers of bacteria, ensuring that the sludge and waste removal process is completed. Clear water accumulates here until it is displaced into the discharge line, and the disinfection chamber. 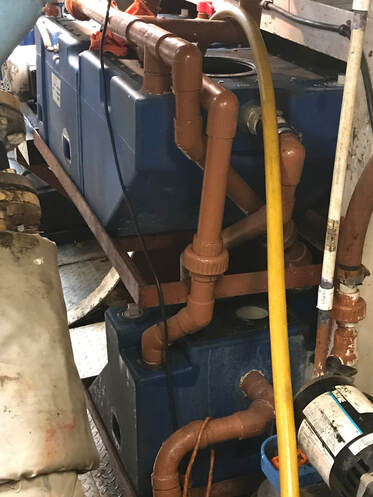 THIS IS WHAT NOT TO DO!